These are the Type Canaries :

Yorkshire– a big bird at 6″ tall its natural upright stance has given it the nickname the guardsman. The variety was Identified in the mid 1800’s in Bradford, Yorkshire

The Lizard – It’s Mottled plumage is very striking suggesting the scaly coat of a reptile. Birds of this have an oval or thicker-than-usual feathers on top of the head, giving the appearance of a cap. The spangling coloration of the feather is most pronounced during the adolescent year prior to the first molt, so show birds are all young and pre-moult

The Red factor – is a hybrid between two different birds , a yellow Canary and a red siskin (Carduelis cucullata). The shades of red ranges from pink and orange to deeper shades of red orange . Red factor birds require a diet rich in beta-carotene to maintain the colour there are foods on the market that have this supplement in them.

The Norwich – At the beginning of the 18th century these birds were kept by Flemish immigrants. These large birds have bulky head feathers that can give them a “mop-top” appearance . From these pairings came the crested canary which through selective breeding also produced the Gloster Canary.

The Gloster – The Original spelling of Gloucester proved confusing for breeders outside England who were not aware of the silent “ce” in the pronunciation. – This is a very popular show bird with its charming feathered crest on its head.and short squat stature. The parentage of Glosters is Border, Herz and Crested canaries. Within the category of Gloster canaries there are two types – Consorts- without a crested head and Coronas those with a feathered head. It is worth noting that if two coronas should be mated the chicks will not survive due to the genetics.

The Belgium – One of the first shape canaries that were bred for their look rather than the song. This bird has a vulture like stoop to its posture . They are uncommon

The Bernois – the namesake of its original breeding ground in Bern Switzerland these tall ( 6″ ) upright birds have distinctive heads with the feathers growing flat on top.

The Border or Border Fancy – It became a distinct variety in the early 19th century. Early on its was called the wee-gem.

The Frill – due to a mutation these little birds look like they have been caught in a wind storm. there feathers curl in all different direction and like in all things some people find them pretty others just messy. The frill was first bred form Dutch canaries and today the most popular is the Paris Frill which can be up to 8.25: tall and oh so showy. No canary show would be complete with out them.

.Other type canaries include the Fife, Irish fancy , Lacashire, Spanish Raza the list goes on into almost endless variation of color and shape.

Color Canaries are bred for what the name implies , their color. and the varieties within this group are endless . These birds tend to be smaller as a rule at about 5.5″ tall . A typical wild canary had three distinct layers of color: a yellow an underlying green and then a black turned partly green . Through selective breeding, these basic colors can be manipulated into a wide palette of colors.

Color Variegation: The levels of picment or melanin is what provide the variation to the colors and markings. Clear- no melanin. Self – opposite of clear these are all melanin. Ticked small distinct areas of melanin. Foul- light feathers on a dark coat. Vairegated wide category fro any coloring that is between ticked and foul.

the list of Color Canaries goes on with at least 23 more groupings that include the Factors – Blue, Silver, Opal , Pastel & Ivory. And then there is the Satinet, the Albino, the Ino and Onyx to name a few.

Listed below are the top 5 types of song canaries that have been bred specifically for their song . All male Canaries will sing but these 5 will consistently deliver a musical performance. There are other types of sing canaries but these 5 are by far the most popular at the shows and in households across the globe.

The Waterslager – ( pronounced wah-ter shlog-er ) derives its name for the bubbly water sound of its song. This wonderful bird has the most varied range of notes than any other song canary. These are quiet singers for the most part preferring to sing with their beaks closed. They tend to be yellow in color . The Waterslager can go by various other names Water Singer, Belgian Waterslager, Belgian Malinois or Malinois Canary.

The American Singer – In the 30′ and 40′ as Canaries were becoming popular in the US the American Singer was developed . The American Singer is a cross between German Roller and Border Canaries (with a genetic ratio of 3:1), this cheerful easy keeping little bird has become the most commonly kept Canary type in the US. Their song includes high and low notes , chops and rolls to great effect.

The Spanish Timbrado – ( pronounced tim-braw-dough) This songster is very close genetically to the wild canary. Their boisterous song may consist of 12 distinct notes. The breed was recently established in the early 20 century as a distinct type. It’s notable that the Hens are able to sing, but not with such bravado as the cocks.

The Harz Roller – This star of the canary world can also go by the names Harz Mountain, Hartz, Harzer or German Roller. Its an old breed and some consider it and its song the best of the song canary’s. Like the Waterslager they sing quietly, with beaks closed. This technique allows thier song to blend nicely with the background and provide beautiful ambience . These beautiful birds come in many color combinations.

The Russian Singer- The Harz and the Russian share the same basic lineage and have been around for the last 300 years. These birds are great mimics and will easily learn and copy the songs of other birds. Russian singers can be taught to sing in a specific way with the right encouragement and teaching methods 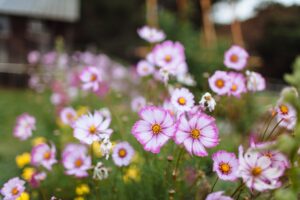 Have a question? Be sure to visit our Frequently Asked Questions or Contact Us page